Return to The Espresso and more

What is a flat white???  This a million dollar question with many barista’s having their own explanation for what it is.

Here is a great video McDonalds explaining what it is!!!

Ah, the Flat White. 5 years ago, you’d struggle to find one this side of the hemisphere, but now it’s everywhere; the very definition of third wave coffee. Smooth, velvety & strong, it’s a lovely drink – but exactly what makes it different to the humble Latte?

On the face of it, there’s nothing to separate them.
Both drinks consist of either a single or double measure of strong espresso, topped with a good helping of steamed milk – so where’s the distinction? 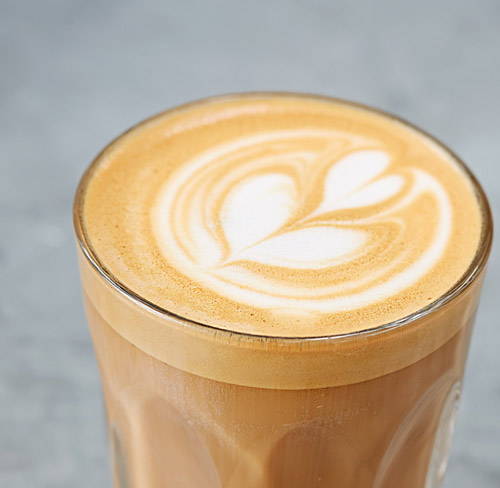 The first thing you’ll notice is the difference in size. A Latte normally comes in at around 240 ml – whereas a Flat White should only really be around 160 ml (this can change depending on what country you’re in, but works as a general rule of thumb).

Now, you have to remember that both drinks have the same amount of espresso in them – this makes a big difference when it comes to the strength and flavour of each drink – making the Flat White a much stronger, coffee-heavy drink because of the higher proportion of coffee to milk. 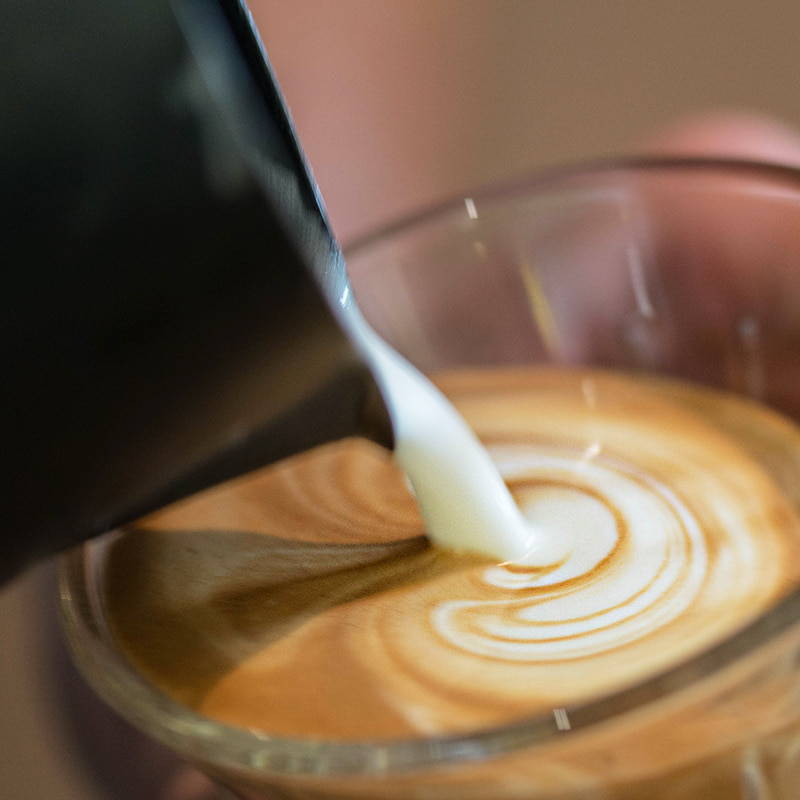 Now we’re getting down to the nitty-gritty. The meat of the matter. A Latte is served with steamed milk with an added layer of foamed milk (around 5mm) sitting on top.The Flat White, in contrast, is topped by a very thin, ‘flat’ (hence the name) layer of steamed milk, and nothing else.

It goes deeper than that though. The steamed milk used in a Flat White is more accurately referred to as ‘microfoam’, and whilst we could go into a ridiculous amount of detail here, it effectively means the milk has a much more velvety texture and glossy finish that is brought about in the steaming process by allowing tiny air bubbles to form in the milk.

So there you have it…
As with so much when it comes to coffee, the devil’s in the detail. A couple of tweaks here and there, and you’ve got yourself a coffee that’s pretty much become the embodiment of third wave coffee.

Here is a video for preparing a flat white in the training restaurant.

Permanent link to this article: https://fandbtraining.net/teacoffee/the-espresso-and-more/flat-white/

This website uses cookies to improve your experience while you navigate through the website. Out of these, the cookies that are categorized as necessary are stored on your browser as they are essential for the working of basic functionalities of the website. We also use third-party cookies that help us analyze and understand how you use this website. These cookies will be stored in your browser only with your consent. You also have the option to opt-out of these cookies. But opting out of some of these cookies may affect your browsing experience.
Necessary Always Enabled
Necessary cookies are absolutely essential for the website to function properly. This category only includes cookies that ensures basic functionalities and security features of the website. These cookies do not store any personal information.
Non-necessary
Any cookies that may not be particularly necessary for the website to function and is used specifically to collect user personal data via analytics, ads, other embedded contents are termed as non-necessary cookies. It is mandatory to procure user consent prior to running these cookies on your website.
SAVE & ACCEPT