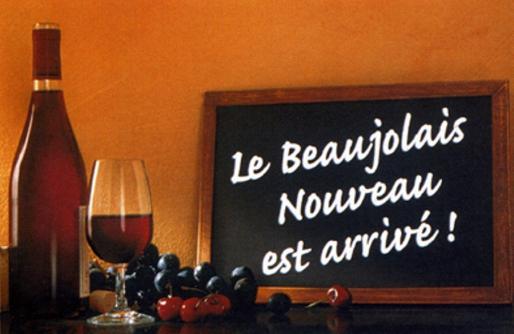 Following tradition today sees the release of the 2011 Beaujolais Nouveau.  By law the wine can not be released until the third Thursday of November after its harvest, so at midnight the first bottles were uncorked and the celebration started.

The wine hails from the area of Beaujolais in the Burgundy region of France. It’s a young red wine, normally around 6 weeks old that is light in body and fruit character.  It is made using the Gamay grape, a popular grape to the Beaujolais area.  As the wine is so young it has little tannins and takes on a purple colour.  It should be consumed almost immediately or at least within the year it is produced.  Some say it should be drunk by Christmas.

Why not go out this evening and pick up a bottle and enjoy what the new year harvest has to offer.

Permanent link to this article: http://fandbtraining.net/wine/beaujolais-nouveau-released-today/

This site uses Akismet to reduce spam. Learn how your comment data is processed.

This website uses cookies to improve your experience while you navigate through the website. Out of these, the cookies that are categorized as necessary are stored on your browser as they are essential for the working of basic functionalities of the website. We also use third-party cookies that help us analyze and understand how you use this website. These cookies will be stored in your browser only with your consent. You also have the option to opt-out of these cookies. But opting out of some of these cookies may affect your browsing experience.
Necessary Always Enabled
Necessary cookies are absolutely essential for the website to function properly. This category only includes cookies that ensures basic functionalities and security features of the website. These cookies do not store any personal information.
Non-necessary
Any cookies that may not be particularly necessary for the website to function and is used specifically to collect user personal data via analytics, ads, other embedded contents are termed as non-necessary cookies. It is mandatory to procure user consent prior to running these cookies on your website.
SAVE & ACCEPT